“We have doomed the wolf not for what it is, but for what we deliberately and mistakenly perceive it to be –the mythologized epitome of a savage ruthless killer – which is, in reality, no more than a reflected image of ourself.”
― Farley Mowat, Never Cry Wolf: The Amazing True Story of Life Among Arctic Wolves
Little is said about the far north of the Flanaess. In sooth, this is because little is known about it. And few care what goes on there. It’s a cold place, they shrug, and thus dismiss it of little concern.
A frigid climate and brutal regime combine to make Stonehold one of the harshest lands in all the Flanaess. […] [LGG – 108]
Do those who bask in the southern sun even know that there are people there? I suppose they might surmise as much, if they were to spare a moment to think on it. Should they, though, they would conjure thoughts of men wrapped in furs trudging through waist-deep, windblown snows. In that aspect they would be correct. They would be surprised to learn that there are settlements up there. Indeed, towns.
The majority of Stoneholders live a seminomadic existence, moving to the northern tundra in summer and migrating south in the autumn. The remaining third or so of the population dwell in permanent settlements, mostly west of the Frozen River. [LGG – 108, 109]
Who, then, lives there? The Flan.
Most are pure Flan. There is a scattering of Suel and Oeridian blood, but only a drop or two, here and there. Oeridian to the west, where the Great Kingdom pretended for a time that this northern land was part of their continental magnificence; and Suel to the east, where the Cruski have raided since before the annuls of this forgotten stretch of the Flanaess were thought to be penned to parchment.
The Duchy of Tenh are pure Flan [.] [Dragon #55]
The people of the Hold of Stone Fist […] are primarily hybrids, […] Flan/Suel [.] [Dragon #55]
Hold of Stonefist: chaotic evil; Flan, Suloise, [Aerdy], Cold Tongue [Dragon #52]
In high summer [the Cruski] often find fighting by rounding the coasts of the Hold of Stonefist, and the Cruskii have both hatred and respect for the dour inhabitants of that land. [Folio – 11]
Indeed, one wonders how much Oeridian or Suel blood there could possibly be in these people who dwell far further north than the wall of pureblood Flan that exists in the Duchy of Tenh and the Rovers of the Barrens. In this land further isolated by the icy seas that surround it. 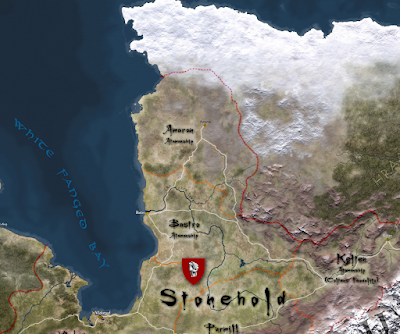 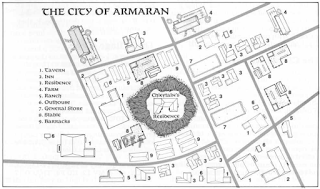