Timeline of the James Bay Frontier

Timeline of the James Bay Frontier

“This land may be profitable to those that will adventure it.”
-- Henry Hudson

Ratik is a relative newcomer in the history of Greyhawk and the Flannaess. There were elves there, surely, and dwarves, and gnomes too, but their arrivals are not set in the annals of the canonical text of Greyhawk; but the World of Greyhawk setting was always a human-centric setting, wasn’t it, and although those races would most certainly have influenced and guided those human nations that came after them, very little has been said about how. There are exceptions, none set in the nation of Ratik, or the Thillonrian peninsula.
What we do know is that the Grey elves had cities in the Griffs, that Vecna fought the Grey and High elves, and that Vecna destroyed the City of Summer Stars. If only Gary Gygax had penned more about those bygone elven civilizations, we’d have had a far richer setting. Sadly, he wrote even less on the dwarves and gnomes, even less still of the halflings. It’s a blank slate. Largely.
Much is the same with Human history. Each nation was given a paragraph or two, enough to spur the imagination, no more. Those missives have been expounded upon since, though.
So what id canon in regards to Ratik?
I present a list of dates noted in Steve Wilson’s Greychrondex_42 to illuminate what is considered canon in the world of Greyhawk concerning Ratik and its environs, most notably those dates regarding the Barbarians, Stonefist, the Bone March, and the North Province as they concern Ratik.
These are mere bullet points. Some reach far back in the annals of time, but you can’t have the present without the past, can you?
If you would like to learn more, there is a wealth of source material out there. I’ve detailed these events in this blog, much as others have before me. Those Histories are my interpretation. There are others. Many others.
I encourage you to peruse: Canonfire!, Greyhawk Online, Jason Zavoda’s Hall of the Mountain King, Joe Bloch’s Greyhawk Grognard, Mike Bridges’ Greyhawkery, and Maldin’s Greyhawk. There are a whole host of others, including the fiction of Mystic Scholar and Greyhawk Stories. Be sure to download Anna B. Meyer's map while you are at it.
I’m sure you will find something to your taste.

That said, let’s get started, shall we?

Battle between Elves and Ur-Flannae.
Ivid

109 CY     The barbarians counterattack the construction site of Spinecastle in the winter but are defeated by the forces of Knight Protector Caldni Vir in the Battle of Shamblefield.  Overking Manshen names Vir the first marquis of the Bone March.
11743 pg. 36, 89

Ratik Founded
122 CY     General Sir Pelgrave Ratik of Winetha leads an expeditionary force to push the Aerdy frontier to the foothills of the Griff Mountains. He defeats the Frutzii and drives them into the northern fastness of Timberway.  He establishes a fort overlooking Grendep Bay at Onsager Point that he names Marner.
11743 pg. 90

128 CY  The Frutzii and Schnai launch a concentrated naval attack on Marner.  This force is defeated by General Sir Pelgrave Ratik of Winetha.
11743 pg. 90

316 CY  The Scarlet Brotherhood establishes relations with the Suel Barbarian lands of the north. (SD 5831)
11374 pg. 4
(It is probably shortly after this time that the Brotherhood agents poison King Cralstag of the Cruski, and are, in turn, slain by Cralstag’s heir, Lolgoff)
11743 pg. 55

356 CY  Barbarians from the North invade the Aerdy’s North Province, forcing the Overking to divert troops from the western front thus insuring Nyrond’s survival.
11742 pg. 3
(Allied host of Frutzii and Schnai threaten to overwhelm Bone March and Ratik and sweep into the North Province.  The Rax Overking Portillan diverts a force headed to contest Nyrond to counter the barbarian invasion.  This is successful, but at a great cost.)
11743 pg. 90

c.440s-460s CY  Alain II of Ratik declares his fief an archbarony, and rules semi-independently (as does the ruler of Bone March).
11743 pg. 90
Note:  This occurs shortly after the Turmoil Between Crowns but that could be anywhere after the 9 year period between 437 CY and 446 CY, and is impossible to fix.

577 CY  Cruski and Schnai treaty. Schnai give up the lands south of Glot along the east coast to Cruskii
Dragon 57 pg. 14
Battle of Loftwood---combined Ratik/Frutzii force destroy humanoid forces under the Vile Rune orcs of the Bone March.
Dragon 57 pg. 15 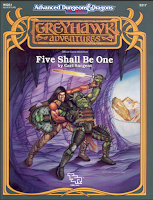 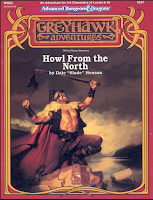 588 CY  Iuz loses control of Sevvord Redbeard of Hold of Stonefist, Hold of Stonefist renamed Stonehold.
9578 pg. 12, 9577 pg. 22-23, 11743 pg. 16
(Sevvord gathers Fists from across Tenh, kills all clerics of Iuz within reach, leaves rearguard to occupy Calbut and returns to Stonehold, driving barbarians back from Kelten and securing the pass, and the returns to Vlekstaad)
11743 pg. 109,113

590 CY  Longship from Fireland sails into the port at Marner in Ratik.
9577 pg. 38
Full scale assaults by the Bone March over the Blemu Hills into Knurl is attempted, but Ratik holds.
11743 pg. 37

One must always give credit where credit is due. This History is made possible primarily by the Imaginings of Gary Gygax and his Old Guard, Lenard Lakofka among them. Thanks to Steven Wilson for his GREYCHRONDEX and to Keith Horsfield for his “Chronological History of Eastern Oerik.”
Special thanks to Jason Zavoda for his compiled index, “Greyhawkania,” an invaluable research tool.
Primary sources for this history were the DMG 1e, Ivid the Undying, WGR5 Iuz the Evil, WG8 The Fate of Istus, the Greyhawk Adventures hardcover, The World of Greyhawk Folio, and The World of Greyhawk Gold Box, Living Greyhawk Gazetteer, The Living Greyhawk Journals, Dragon Magazine.

Copyright:
All source material presented within this chronology is owned and copyrighted by WotC.
The use of this material is not intended to challenge the rights of WotC.
This document is fan content and presented solely for the personal use of those individuals who game within the Greyhawk Setting.